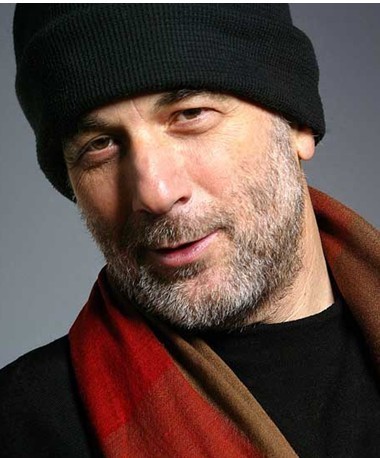 Ron Arad (born 1951 in Tel Aviv) is an Israeli industrial designer, artist and architect.Arad attended the Bezalel Academy of Art and Design in Jerusalem between 1971–73 and the Architectural Association in London from 1974-79. He was Head of Design Products Department at the Royal College of Art from 1997 to 2009.Arad designed in 1994 the bookshelf Bookworm, which is still produced today (2011) by the Italian company Kartell.In 2005, Arad designed chandeliers for the Swarovski crystal company which if one has the number, can display text messages that are sent to it by incorporating light-emitting diodes (LEDs) operated by SMS text messages. He also has had tables that climb walls instead of being centered in the room.Arad's works are often worked into distinctive biomorphic shapes and are created from his medium of choice, steel.In 2008-09, Arad paired with KENZO to create his first perfume bottle. The bottle was on display in his exhibit No Discipline.He has also planned the Design Museum Holon together with Bruno Asa, which was opened in 2010.