Poul Henningsen was Born in Copenhagen to the famous Danish actress Agnes Henningsen. He never graduated as an architect but started practicing traditional functionalistic architecture, which led to a focus mainly on lighting which is what he is most famous for. His field of occupation also included areas of writing and. At the beginning of WWII, like other creatives, he was forced to flee Denmark during the German occupation but soon became a vital part of the Danish colony of artists living in Sweden. 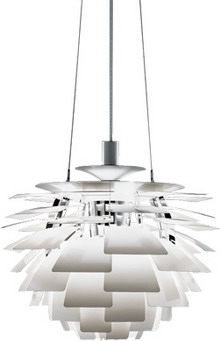